Hey, guys. Ave Reese here.  Long time, right? I know, we’ve all been busy. You’ve got your various life events, reading the paper, going to the theater, using deodorant, bowling, etc. And I got so many words now, I can’t even keep track. I got nouns, verbs, nouns I use as verbs, words I don’t know what they are, like “why,” etc. Of course, I’m always refining and exploring what word I should use as my default word when I don’t know what to say. Currently, it’s “Daytah,” but it has changed in the past and I’m not above changing it again, should the need arise. Look, when you’re two, these things matter. I’m not an idiot, but I still have a ways to go vocabulary-wise, if you know what I mean and I think you do. So there’s that. And then I have my colors, my numbers, names, stuff like that. I got a lot on my plate.

But lately, I’ve been fascinated by pop culture, and specifically, the song I refer to as “Funk,” except without the “n” sound. Because I like to see how people react when I say it like that. Because I’m two and I can get away with it.  And frankly, at this point, seeing what I can get away with is my current mission in life.  Anyway, the proper name of the song is Uptown Funk, by my man Bruno Mars, along with someone else I don’t know. Maybe it’s Bieber, whatever that is.

So here’s the lyrics issue we’re all having in the Marsh-hold: Those in the family who can read claim the chorus goes:

WTF (“Where’s The Funk”) in that ridiculous line?  That’s not funky, it’s just wrong.  Dragons don’t retire.  Dragons don’t have pensions.  (Of course, probably no one else in Illinois does either, but that’s a subject of a future post.) 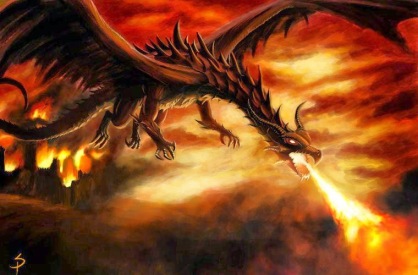 Many charter members of the Osoyoos Golf Club turned out on Friday to celebrate the club’s 40th anniversary. These three ladies were with the club since its earliest days. Fran Engel (left) joined shortly after the club started, while Ethel Van Duzee (centre) and Barb Snyder are charter members. Van Duzee is still golfing at the ripe age of 91.

As a two-year old, I’m pretty sure I can speak with a certain amount of authority on this subject.  So look, Bruno, if that is your real name (which it’s not), here’s how it should read:

Now that makes sense.  Bruno (i.e. Peter) can still sing about his interest in retirement and pension issues, but in a way that doesn’t do damage to dragonhood, and that actually works on a conceptual level.  Cops and firemen do retire, and thus, they can be drag(ged) out of retirement to handle any heat-related public crisis.  You’ll probably have to pay them serious time-and-a-half, but that’s above my pay grade.  Come to think of it, so is everything else.  I don’t even have a pay grade. WTF (“Where’s The Finances”)??

Chicka-Chicka, everybody. Ava Reese, out! There’s a pouch somewhere there with my name on it, and I aim to eat most of it, then throw it on the floor when I’m done so my mom can pick it up.